Flipping Property Opportunities
They're Are All Around You

Is Flipping Property to build wealth still a big deal?  I think so and offer as evidence the many tv shows and infomercials you see when you’re watching tv. You’re likely to encounter people talking about flipping properties and offering seminars on how to do it.

They know that flipping real estate is a great way to create wealth without having a lot of money of their own to get started and while their intentions aren’t purely philanthropic, they’re willing to share their wealth building systems with others who are interested in investing in real estate.

Indeed! Flipping Properties is a booming business and represents wealth building opportunities for investors willing to do due diligence in finding the right properties, fixing them up and flipping them for big profits! This includes ordinary people who dabble in real estate part time and/or as a hobby.

Is Flipping Property Right for You?

Maybe.  It was for me! I’m retired now, but there was a time when flipping property was my only source of income. I was living the dream of being my own boss and loved almost everything about what I was doing, including…

What I didn’t like about it was the stress associated with not knowing when the next deal was going to come together. Still, the thrill of a deal coming together was simply enthralling and all I wanted to do was to do it again and again and again. It was awesome! Following is a little bit about how I got started!

My Flipping Property Start Began On an Airplane

The idea of flipping property was actually conceived during my very first airplane flight. I was in college at the time, boarded the plane on a trip to Washington DC and sat next to a guy who turned out to be a real estate investor.

As people are apt to do on planes, we acknowledge each other with polite greeting, and as we were getting settled, he mentioned something about real estate, which completely changed the dynamics of the interaction.  I became more like the college student I was and peppered him with a thousand and one questions about his experiences buying and selling real estate.

Now, of course he could have been exaggerating, but nonetheless he’d gotten my undivided attention and held it for the duration of the flight. I soaked up what he said like a sponge.

Through the conversation with him I he suggested that the best time to start flipping property is then and while I was single! I thought it was an odd position to take, but got it as soon as he said it! The “why” is because a single person is more likely to be okay with the idea of buying a fixer upper, moving into it, fixing it up, selling it and doing it all over again.

It’s true. I lived in places as a single person that I would never move my family into. However, I still flipped lots of properties after I got married, so don’t think for a second that you must be single to be successful.

Sadly, I don’t remember the guy's name who inspired my thoughts of investing in real estate, or much about him for that matter, but I do know that it was the conversation with him that nurtured the desire and compelled me to take action. I went on to learn all I could about no money down real estate investments and putting the knowledge into action.

Recommendation for Bginners -
Robert Allen's No Money Down

Some of the best strategies I learned are found in Robert G. Allen’s NO MONEY DOWN real estate investment courses. I bought one property after another with no money down, using other people’s money, via simultaneous closings, 110% financing, and other creative ways.

I also learned some successful real estate investment strategies through an organization that was called ACRE; it stood for American Congress on Real Estate. Its focus was also on buying and selling real estate with no to low money down techniques.

However, nowadays there a near endless number of porgrams that can

In conclusion, learn as much as you can about flipping properties, but don’t feel like you have to be an expert before you start.  Rome wasn’t built in a day, nor will you become an expert in one! You can start small or big, but do start and you’ll soon learn it’s easier than you imagined it would be!

Here's to your flipping property success! 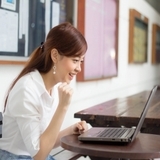 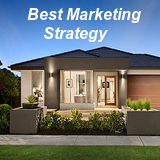 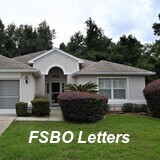 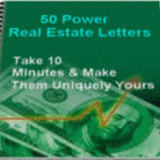 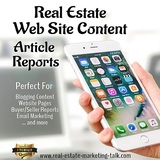 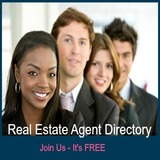